The strongest legally authorized and approved testosterone stimulant on the market. 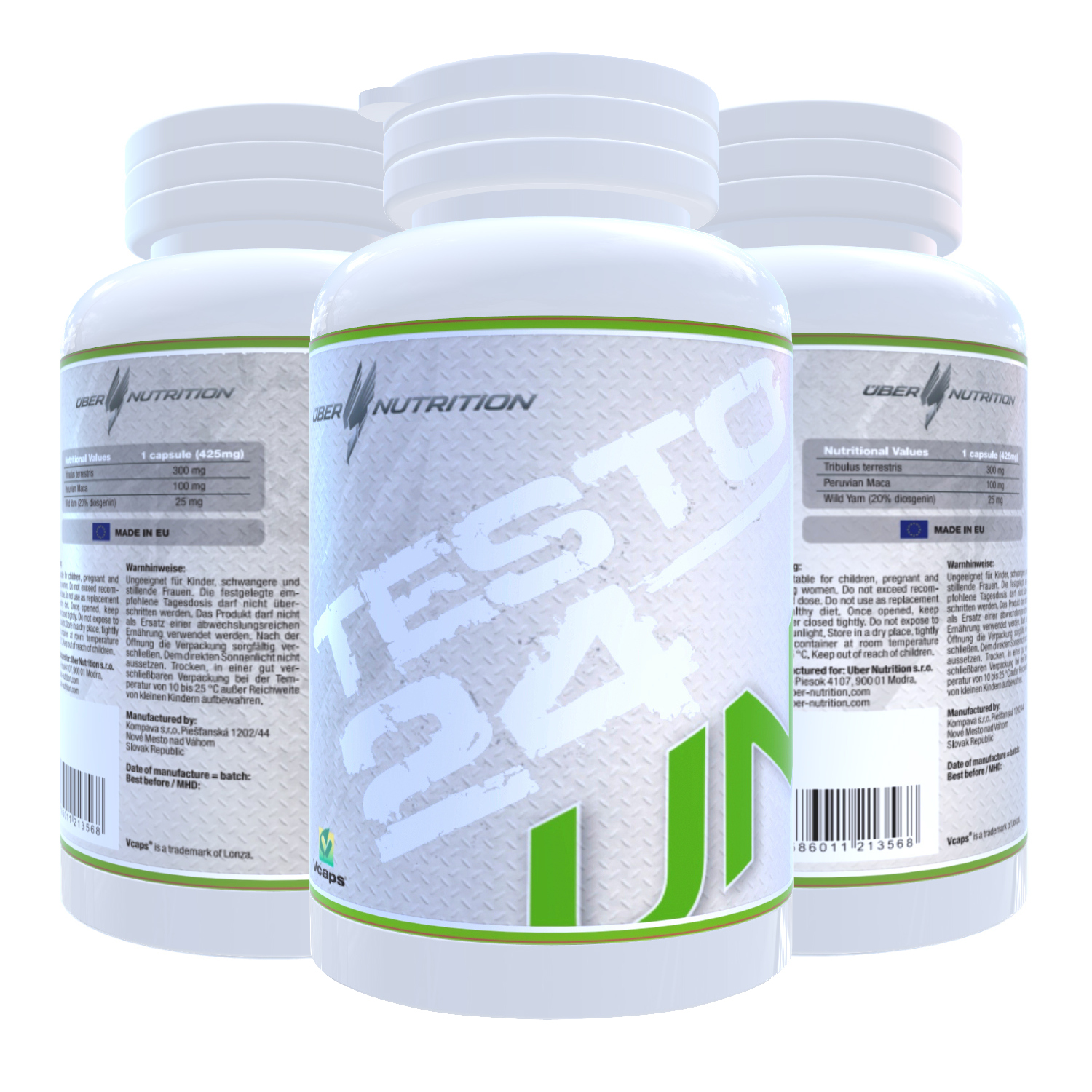 The strongest legally authorized and approved testosterone stimulant on the market.

The common combination of active ingredients in the right ratio – Peruvian maca + wild jam + Tribulus proved to be the most effective for increasing testosterone production, tissue regeneration and rejuvenation. Together, there are noticeably higher effects than supplementation of each substance separately.

Testosterone has a large number of functions in the body, including the development of secondary sexual characteristics, male appearance and muscle growth. It also affects the overall metabolism and condition. Testosterone has a typical anabolic effect, i.e. it increases protein synthesis, particularly in muscles and bones.

In contrast, testosterone deficiency is manifested in a man by slowed metabolism, fat growth (particularly in the abdominal areas), impaired physical condition and impaired sexual performance. Also, inadequate production negatively affects the psyche, which is reflected in a decrease in penetration and can lead to subdepressive states.

When considering psychological properties, testosterone mostly increases libido and, according to several studies, also increases attention, cognitive abilities and spatial orientation. It triggers competition and the desire to win, which has positives not only in sports.

✅ growth of muscle mass and strength

It helps to build muscle mass, increase strength and endurance, also suitable during the diet and stages of drawing. Increases the body’s defences, concentration during training. It acts against fatigue, strengthens the immune system and has a positive impact on improving male vitality in bed. Maca is a medicinal herb from the Peruvian Andes, also known as Lepidium Meyenii or “Peruvian Aphrodisiac”. Testo24 contains high quality Maca powder, which is acquired from the dried roots of the Maca plant. Maca counteracts fatigue and improves concentration during training. Maca also contains substances that have a positive effect on the body’s performance.

A formula that helps the proper functioning of the glandular system with internal emptying and stimulates testosterone production. It is a suitable product during menopause, when it helps alleviate the symptoms of menopausal problems (headaches, hot flashes, irritability, fatigue, etc.). It has a positive effect on chronic fatigue syndrome. The active ingredients of WILD YAM help to increase muscle strength and, during simultaneous exercise, also to increase muscle mass. The combined effect will favourably affect the ratio of fat and muscle tissues in the body.

Tribulus terrestris is an annual deciduous herb of the family Zygophyllaceae often used in medicine or in nutritional supplements in athletes. Tribulus terrestris was used in traditional ancient Greek, Chinese and Indian medicine (Ayurveda) male vitality. Plant extract has been popular in unconventional medicine in Western countries since the 1980s. It is used to increase blood testosterone levels, increase libido and as an adaptogen for physically active men.